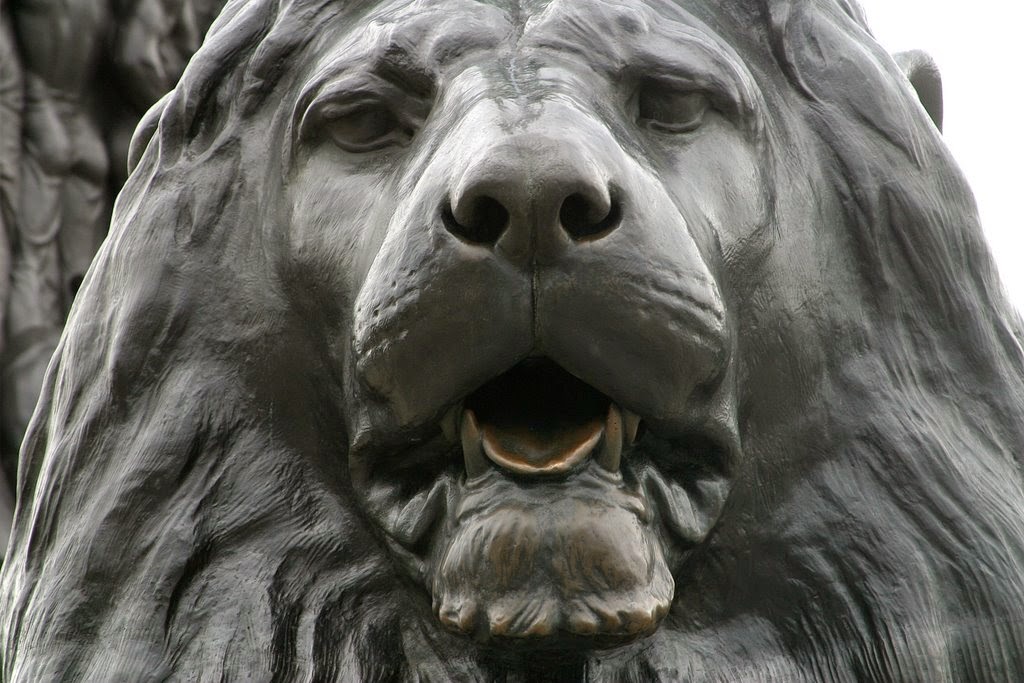 "If those lions could roar," the little girl says to her friend, "I bet they'd roar so loud they'd blow yer head off."

"I'm glad the lions are frozen.", he says sitting in between the lion's paws.  "Where do you think the lions came from?"

"Hmmm, That'll take 5 slurps of me ice-cream to find the answer." she says.

"Dunno," she says. "I got brain freeze."
They giggle and look towards Big Ben as the cars twist and turn down Horse Guards Parade.

"The first one to see a yellow car wins", the little girl shouts out.  They scrabble up to standing.
Big Ben ticks on as the children look out.  Holding onto the lion's body for support, they peer out across the Strand with noses stretched into the distance, breath held...

Making it's way from the corner of Haymarket, a yellow van rolls into view.  It's tannoy system springs to life and gives the caustic beats coming from the purple mini a run for it's money.  "Change that works for you. Building a fairer Britain." the yellow van cantors.

The children see the yellow van and scream in a pitch audible only to dogs and bats: "There's one, there's one, I win, I win."

As the van comes closer, the little boy says, "It's a talking van, Melli. What's it saying?"
Melli listens. "Dunno, really.  It's a grown up promising something."

The children give each other a knowing look and sit back down between the lion's paws.
Sometimes, the only thing you can trust is a frozen lion.

No. 3 bus to Piccadilly
During the run up to the 2015 National Election.